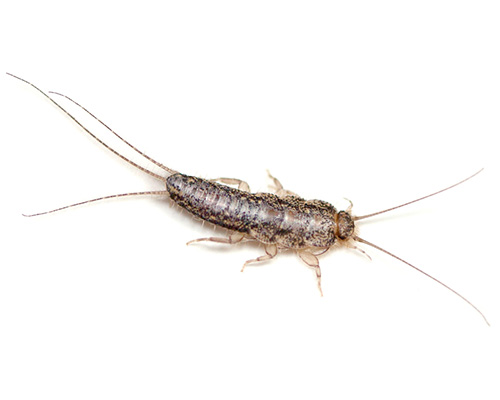 Silverfish are nocturnal insects typically 13–25 mm (0.5–1.0 in) long. Their abdomens taper at the end, giving them a fish-like appearance. The newly hatched are whitish, but develop a greyish hue and metallic shine as they get older. They have two long cerci and one terminal filament at the tips of their abdomens; the filament projects directly off of the end of their body, between the left and right cerci. They also have two small compound eyes, despite other members of Zygentoma being completely eyeless, such as the family Nicoletiidae.

Like other species in Apterygota, silverfish are completely wingless. They have long antennae, and move in a wiggling motion that resembles the movement of a fish. This, coupled with their appearance and silvery scales, inspires their common name. Silverfish typically live for two to eight years. Silverfish are agile runners and can outrun most of their predators (including wandering spiders and centipedes). However, such running is possible only on horizontal surfaces, as they lack any additional appendages, and therefore are not fast enough to climb walls at the same speed. They also avoid light.
For more information see: https://en.wikipedia.org/wiki/Silverfish 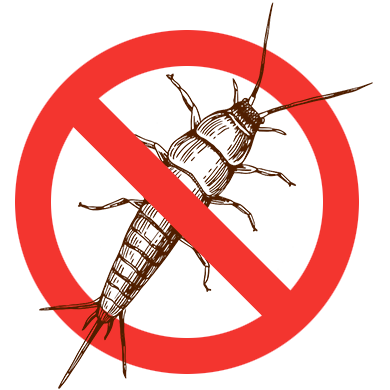 I am trained to help manage silverfish. Since every home is different, I will design a unique program for your particular issue.

If you have seen any of these lately call me, Merle Jackson, and I will help you safely regain control over your home environment.

GET A FREE QUOTE

For the right program to protect you, your family, your pets, your home and our environment, call us at Merle's Pest Control today:
Eugene: 541.915.7581 Or Fill Out The Form!